Guide: Best Way To Level Up Your Athletics in Bannerlord

You can develop your character in a number of ways in the game Mount and Blade: Bannerlord, each designed to suit a different gameplay style. Some talents help you build up your army and conquer villages, while others let you improve your character's unique qualities. Athletics is a talent that is particularly important for strengthening the physical prowess of the player-character and necessary for several gaming aspects. 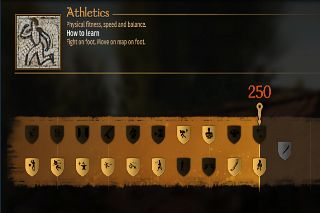 This guide seeks to give an in-depth overview of the numerous tactics that may be used to improve athletic performance. It will examine the most common methods for leveling up this talent, as well as its practical uses and the advantages it provides for the player's character in terms of mobility, fighting, and exploration. Furthermore, it will propose the finest perks to obtain in order to maximize competence, as well as recommendations on how to rapidly level up the talent and demonstrate the best methods to utilize it to gain an advantage in conflicts and pursuits. This tutorial will be a helpful resource for gamers looking to learn the Athletics skill in Bannerlord.

Why even bother leveling athletics?

The Athletics talent in Bannerlord comprises a wide range of physical skills that go beyond just influencing the player's character's movement speed in battle. Even if the player's playstyle is centered on horseback warfare, developing mastery in this talent can give a slew of benefits to the player's campaign.

To begin, the Athletics talent has a direct impact on the player character's movement speed in battle, allowing them to outmaneuver and escape their adversaries while also closing in on them more efficiently. Additionally, growing competence in this talent can improve the player's party's mobility speed on the main map when navigating on foot. This is particularly beneficial during sieges, as swift movements and maneuvers can provide a decisive edge.

Furthermore, leveling up the Athletics ability has the extra benefit of lowering the weight of the player character. This not only increases the character's agility and responsiveness in battle, but also lowers the encumbrance penalty, allowing the player to carry more commodities, weapons, and armor.

While Athletics talent is commonly linked with foot-based combat, it has several benefits that might aid the player's campaign even while playing largely on horseback. These benefits include enhancements to troops' armor, speed, and damage, which can significantly improve the player's army's combat efficiency.

Why Increasing My Characters Athletics Helps

Is Leveling Up Athletics Important If I Play On Horseback?

Athletics is commonly linked with foot-based combat in Bannerlord, and players who prefer mounted combat may first ignore the potential benefits of leveling up this talent. However, there are a number of benefits inside the Athletics skill that may substantially improve a player's campaign, even if they are predominantly riding horses.
To begin, there are various perks within the Athletics talent that grant significant benefits to the armor of the player's soldiers. The armor rating of the troops grows as the degree of Athletics talent increases. This may significantly boost the player's army's resilience and survivability in combat.
Athletics is a talent in Bannerlord that grants a number of benefits to a player's army. These perks can improve the player's soldiers' speed and mobility, allowing them to outmaneuver and outflank opponent forces. These benefits can also make the player's army more resilient and efficient at dealing damage, enhancing its offensive skills and allowing it to win more battles.
The Athletics skill bestows benefits that increase the pace of the player's soldiers, enabling them to move more quickly on the battlefield in addition to horseback fighting bonuses. The perk also raises each soldier's damage output. Players can win more often and deal more damage during combat because of this. Even if a player enjoys riding horses, developing their Athletics ability in Bannerlord may greatly benefit their campaign due to the numerous benefits it offers, such as significant improvements in the armor, speed, and damage of their warriors. These advantages can considerably increase their army's stamina and offensive prowess, creating a more potent fighting force.

How To Guide To Level Up Athletics in Bannerlord's

Do yourself a favor and get off your horse anytime you move on the main map screen the next time you play Mount and Blade. By doing this, you will be able to pick up athletic experience while traveling from town to town. One of the greatest methods to get experience is to do this, which almost involves no work. Remember that using ranged weapons like bows and throws is also beneficial if you want to counter the movement speed loss caused by having an army full of cavalry. First, it will level up your riding skill because bows can be used while mounted, and second, it will give you some athletics skills as long as your character uses ranged weapons while on foot.

A wonderful technique to get athletic experience is foot combat. You can wear extremely light armor and a light weapon with good handling if you want to level up quickly. Now, kill your adversaries while running at peak speed. A lightweight weapon with great handling and extremely light armor are the fastest ways to obtain athletic experience. When your adversaries are close enough for your weapon to hit them, begin moving quickly toward them. The greatest method to actively obtain athletic experience in Bannerlord is definitely through this.

Best Methods To Level Up in Bannerlord's Athletics.

Equipping the player character with light armor and battling with quick-firing weapons is an effective strategy to swiftly achieve skill in the athletics talent in Bannerlord. Moving faster while wearing light armor allows the character to gain experience more rapidly.

Making a lightweight two-handed sword or similar quick-moving weapon and utilizing it while maintaining a rapid movement speed during combat might help you gain experience in this skill. This method may result in massive experience gains since it allows for a swift, fluid, and effective fighting movements—all of which are directly related to the Athletics skill. Furthermore, this method can give the character with a fantastic physical workout while increasing their chances of surviving and winning the combat.

This strategy usually results in 1-2 levels gained every battle despite fighting enormous armies. When facing a big number of opponents, there are more attacks, more moves, and overall more opportunities to get experience and level up. Fighting against massive armies may also provide the player with the opportunity to put their abilities to the test, refine their combat skills, and establish their own unique fighting style.

Athletics is a crucial talent to level up since it provides more than simply a boost in speed. The athletics skill tree has a diverse set of benefits that can improve many parts of gaming. These benefits range from raising the stats of certain armies to increasing the success rate of persuasion. Certain bonuses may be more advantageous than others depending on your playstyle. For example, if you mostly utilize archers, concentrating on perks that boost their stats might be advantageous. Perks that give boosts for foot soldiers would also be beneficial for those that rely significantly on them. Among the most notable benefits in the athletics skill tree are:

If players are unhappy with how the athletics experience is obtained in the original version of the game, they can utilize modifications as an alternative. There are several modifications available that seek to adjust the way experience is obtained in the game.
Leveling Rebalance is one such mod. Instead of the original approach, where levels grow more difficult to attain as the character develops, this mod modifies the way character levels and skill levels rise, offering a constant amount of experience for a level upgrade.
The Configurable Experience Multipliers mod is another mod that might assist players level up in athletics. This mod allows players to fine-tune their experience gain by adjusting the pace at which specific talents or traits receive experience. For example, gamers may use this mod to quadruple their character's athletics experience gain rate.
Advertisement 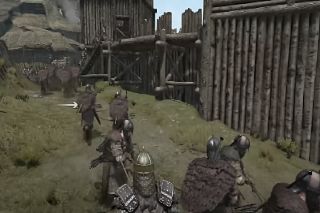